Movies Cinema Exploding Helicopter Film TV And Film Film Review
By Exploding Helicopter. Discovered by Player FM and our community — copyright is owned by the publisher, not Player FM, and audio is streamed directly from their servers. Hit the Subscribe button to track updates in Player FM, or paste the feed URL into other podcast apps.

Exploding Helicopter « »
Episode 113: The Sum Of All Fears


MP3•Episode home
By Exploding Helicopter. Discovered by Player FM and our community — copyright is owned by the publisher, not Player FM, and audio is streamed directly from their servers. Hit the Subscribe button to track updates in Player FM, or paste the feed URL into other podcast apps. 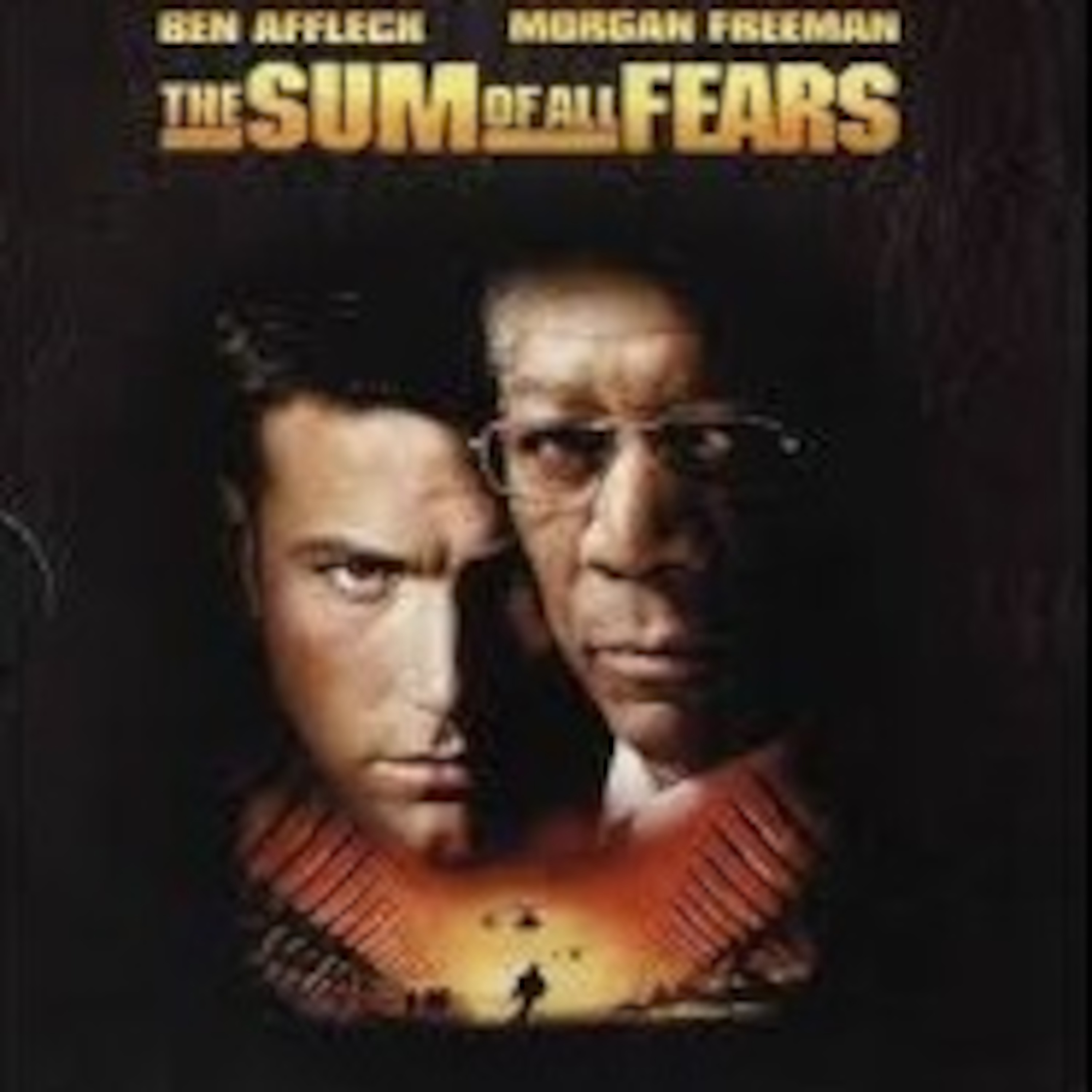 “When I asked for your advice, I didn’t mean you should actually speak.”
After 6 years of podcasting, Exploding Helicopter is pleased to finally have a guest who actually knows what they’re talking about. So, on this show, we’re joined by nuclear weapons expert and host of The Super Critical Podcast, Tim Westmyer, to review THE SUM OF ALL FEARS (2002). A film which sees two of the world’s great superpowers brought to the brink of nuclear war.
We discuss biscuits, footballs, two-man rules and a unique exploding helicopter.
Show notes
Director: Phil Alden Robinson
Cast: Ben Affleck, Morgan Freeman, Liev Schreiber, James Cromwell, Philip Baker Hall, Alan Bates, and Ciarin Hinds
Plot: When the President of Russia suddenly the change in political leaders sparks increasing tensions between the United States and Russia. Then the unthinkable happens: a nuclear bomb explodes in a US city, and America is quick to blame the Russians.
Episode 113.
Follow Exploding Helicopter
Twitter: @chopperfireball
Website: explodinghelicopter.com
Instagram: explodinghelicopter
Follow The Super Critical Podcast
Twitter: @NuclearPodcast
Website: supercriticalpodcast.com

3d ago3d ago
Subscribe
Unsubscribe
Weekly
Werewolf Ambulance is a horror movie comedy podcast. Allen and Katie watch horror movies from all eras and of all qualities and then discuss them in a not-so-academic way (just as the name "Werewolf Ambulance" might imply!) and then discuss and rate them. The episodes do contain spoilers, so please watch the films before listening if that bothers you!
T
The Filmcast (AKA The Slashfilmcast)

1d ago1d ago
Subscribe
Unsubscribe
Weekly
In The Filmcast, hardcore geeks David Chen, Devindra Hardawar, and Jeff Cannata debate, pontificate, and delve into the latest films, TV shows, and other entertainment-related items from the past week. Weekly guests include everyday bloggers, webmaster luminaries, film directors, and movie stars from all walks of life. You can reach us at slashfilmcast@gmail.com and find more podcast episodes at http://www.thefilmcast.com
S
Slate's Spoiler Specials

1d ago1d ago
Subscribe
Unsubscribe
Weekly
Become a Paid Subscriber and get bonus podcasts: https://anchor.fm/nowplayingpodcast/subscribe Three playful movie reviewers break down a wide variety of film franchises by dedicating a podcast to every single sequel, remake, reboot, and spin-off in a series. Conversations are in-depth and cover production history, literary sources, gossip, merchandising, and good old fashioned personal opinion with loads of humor and critical insight. No cinematic universe is too obscure or sacred!
P
Post Show Recaps: TV & Movie Podcasts from Josh Wigler and Friends

23m ago23m ago
Subscribe
Unsubscribe
Weekly+
Watch what you want, where you want, when you want on whatever device you please. Take control of your TV, Movies and more.
G
Game of Thrones The Podcast

7m ago7m ago
Subscribe
Unsubscribe
Monthly+
Jim and A.Ron review each week's episode of HBO's Game of Thrones and your feedback.
T
The Empire Film Podcast