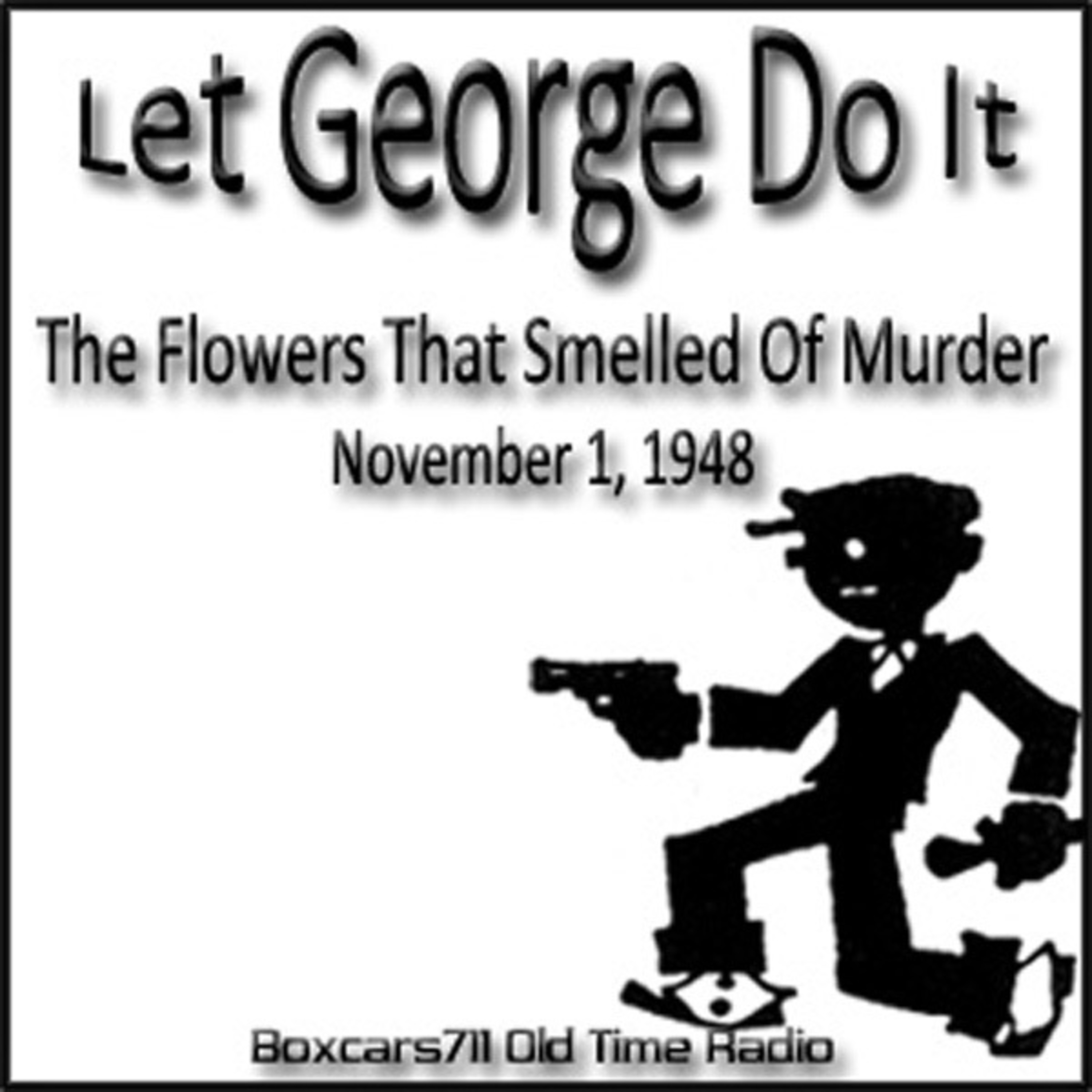 The Flowers That Smelled Of Murder (Aired November 1, 1948)
Let George Do It was a radio drama series produced by Owen and Pauline Vinson from 1946 to 1954. It starred Bob Bailey as detective-for-hire George Valentine (with Olan Soule stepping into the role in 1954). Clients came to Valentine's office after reading a newspaper carrying his classified ad: "Personal notice: Danger's my stock in trade. If the job's too tough for you to handle, you've got a job for me. George Valentine. "The few earliest episodes were more sitcom than private eye shows, with a studio audience providing scattered laughter at the not-so-funny scripts. Soon the audience was banished, and George went from stumbling comedic hero to tough guy private eye, while the music became suspenseful.
THIS EPISODE:
November 1, 1948. Mutual-Don Lee network. "The Flowers That Smelled Of Murder". Sponsored by: Standard Oil, Chevron. A co-ed suspects that her professor of botany is about to be murdered. Having Jeff Chandler play a naive a bashful biology teacher talking with George Valentine's pretty assistant (whose name is Miss Brooks!) is such a coincidence that there must be some connection with the CBS comedy series "Our Miss Brooks," which went on the air only three and a half months previously. Bob Bailey, Frances Robinson, Wally Maher, Lurene Tuttle, Jeff Chandler, Tommy Cook, Theodore Von Eltz, Fay Baker, Herbert Rawlinson, Don Clark (director), Bud Hiestand (announcer), Eddie Dunstedter (composer, conductor), David Victor (writer), Herbert Little Jr. (writer). 29:50. Episode Notes From The Radio Gold Index.

3m ago3m ago
Subscribe
Unsubscribe
Monthly+
The award-winning Story Pirates Podcast takes stories written by kids and turns them into sketch comedy and songs. Made up of talented comedians, songwriters, and frequent celebrity guests, the Story Pirates inspire kids to create, bringing laughter to kids and grownups of all ages with hilarious sketches, catchy original songs from all genres, and interviews with the creative geniuses behind the stories… kids!
F
Filip & Fredrik podcast

1d ago1d ago
Subscribe
Unsubscribe
Daily
The Johnjay & Rich Show is a non-stop blend of pop culture, music news and events, and relationship advice, in addition to appearances by a wide range of music artists, newsmakers and celebrities. The show is a special brand of "reality radio," where you're able to interact with the crew from morning to night via every form of social media - Instagram, Snapchat, Twitter, Facebook, email and text messaging. There is never a dull moment for this show with dating segments such as "Second Date U ...
F
Focus on Parenting Podcast

seconds ago30s ago
Subscribe
Unsubscribe
Weekly+
Christian mom or dad, could you use some encouragement and support? Put your ear buds in for this Christian parenting podcast and get practical, faith-based inspiration through all stages of parenting — raising toddlers, navigating the school-age years, preparing for puberty, and seeing your teen soar with confidence. Hosted by Danny Huerta, in every 8 to 15 minute episode, you’ll hear parenting experts share Biblical truths, effective parenting techniques, and useful resources that will hel ...
R
RIP a Livecast

4d ago4d ago
Subscribe
Unsubscribe
Weekly
Formerly the Metal Injection Livecast, a weekly skewering of pop culture and beyond from the minds of 3 rock fans.
T
The Drunken Peasants Podcast

13m ago13m ago
Subscribe
Unsubscribe
Weekly+
This is the Drunken Peasants podcast. Bringing you the latest in news, entertainment, politics from an altered perspective.
D
DEATHSQUAD

9m ago9m ago
Subscribe
Unsubscribe
Weekly
He's been the face and the voice of breakfast... Now he's forcing himself into your ear-hole at a different time. Let Johnny and his team finish off the working day with topical chat and marvellous music. It'll get you home - and make you think. Hear Johnny on Radio X every weekday at 4pm across the UK on digital radio, 104.9 FM in London, 97.7 FM in Manchester, on your mobile or via www.radiox.co.uk.
Listen to 500+ topics