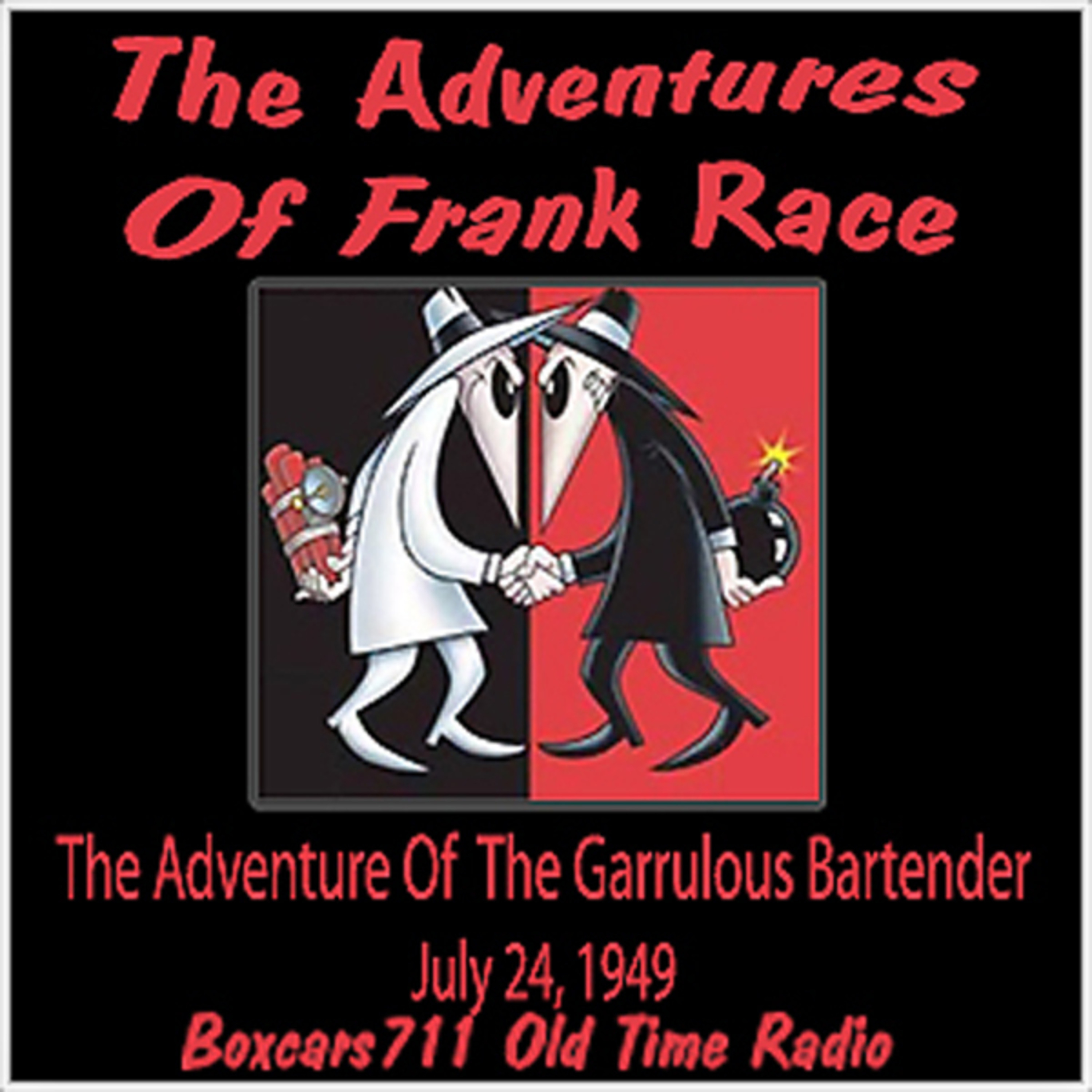 The Garrulous Bartender (Aired July 24, 1949)
The Series was heard over all four networks over the following four years in initial syndication and rebroadcast. Given one's geographical location, a listener might well have been able to hear as many as three or four weekly airings of The Adventures of Frank Race. Seasoned writer Joel Murcott joined Broadcasters Program Syndicate for the express purpose of writing and supervising Bruce Eells' first two dramatic offerings, Frontier Town, starring Jeff Chandler under the tongue in cheek performing name 'Tex Chandler' and The Adventures of Frank Race initially starring durable and versatile character actor Tom Collins. Legendary composer Ivan Ditmars scored both the audition and production series. The audition for the series was recorded during February 1949. The audition featured Tom Collins as former attorney and O.S.S. officer, Frank Race.
THIS EPISODE:

17d ago2w ago
Subscribe
Unsubscribe
Monthly+
The award-winning Story Pirates Podcast takes stories written by kids and turns them into sketch comedy and songs. Made up of talented comedians, songwriters, and frequent celebrity guests, the Story Pirates inspire kids to create, bringing laughter to kids and grownups of all ages with hilarious sketches, catchy original songs from all genres, and interviews with the creative geniuses behind the stories… kids!
F
Filip & Fredrik podcast

3m ago3m ago
Subscribe
Unsubscribe
Daily
The Johnjay & Rich Show is a non-stop blend of pop culture, music news and events, and relationship advice, in addition to appearances by a wide range of music artists, newsmakers and celebrities. The show is a special brand of "reality radio," where you're able to interact with the crew from morning to night via every form of social media - Instagram, Snapchat, Twitter, Facebook, email and text messaging. There is never a dull moment for this show with dating segments such as "Second Date U ...
F
Focus on Parenting Podcast

4d ago4d ago
Subscribe
Unsubscribe
Weekly+
Christian mom or dad, could you use some encouragement and support? Put your ear buds in for this Christian parenting podcast and get practical, faith-based inspiration through all stages of parenting — raising toddlers, navigating the school-age years, preparing for puberty, and seeing your teen soar with confidence. Hosted by Danny Huerta, in every 8 to 15 minute episode, you’ll hear parenting experts share Biblical truths, effective parenting techniques, and useful resources that will hel ...
R
RIP a Livecast

1d ago1d ago
Subscribe
Unsubscribe
Weekly
Formerly the Metal Injection Livecast, a weekly skewering of pop culture and beyond from the minds of 3 rock fans.
T
The Drunken Peasants Podcast

1d ago1d ago
Subscribe
Unsubscribe
Weekly+
This is the Drunken Peasants podcast. Bringing you the latest in news, entertainment, politics from an altered perspective.
D
DEATHSQUAD

3d ago3d ago
Subscribe
Unsubscribe
Weekly
He's been the face and the voice of breakfast... Now he's forcing himself into your ear-hole at a different time. Let Johnny and his team finish off the working day with topical chat and marvellous music. It'll get you home - and make you think. Hear Johnny on Radio X every weekday at 4pm across the UK on digital radio, 104.9 FM in London, 97.7 FM in Manchester, on your mobile or via www.radiox.co.uk.
Listen to 500+ topics