Astronomy Podcasts NASA's 90.7 WMFE Science Natural Sciences
By 90.7 WMFE. Discovered by Player FM and our community — copyright is owned by the publisher, not Player FM, and audio is streamed directly from their servers. Hit the Subscribe button to track updates in Player FM, or paste the feed URL into other podcast apps.

Are We There Yet? « »
Can We Call The Inspiration4 Crew Astronauts?


MP3•Episode home
By 90.7 WMFE. Discovered by Player FM and our community — copyright is owned by the publisher, not Player FM, and audio is streamed directly from their servers. Hit the Subscribe button to track updates in Player FM, or paste the feed URL into other podcast apps. 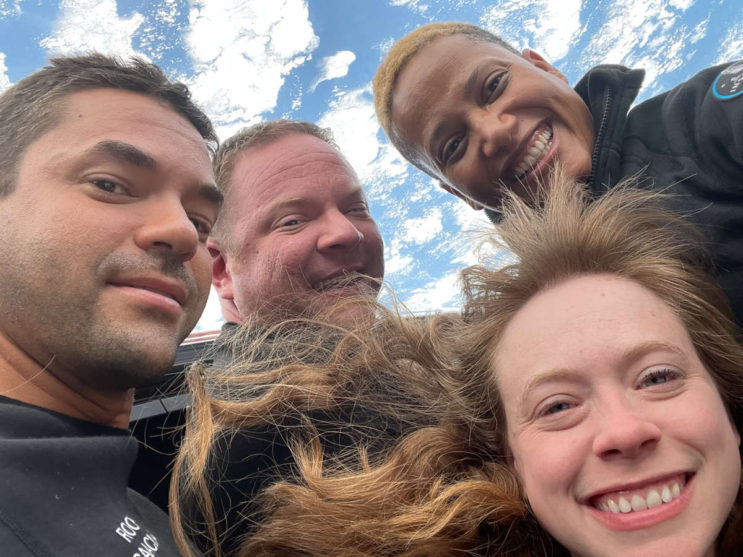 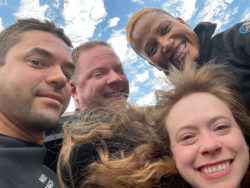 The crew of Inspiration4 is safely here on the ground after spending three days in low Earth orbit.

It was the first all-civilian space mission, launching on SpaceX Falcon 9 rocket from Kennedy Space Center. Inside their Crew Dragon capsule, the crew flew higher than the International Space Station and Hubble Space Telescope.

But before they launched, the mission was gaining lots of buzz. A Netflix documentary followed the crew during training and people came to Florida’s space coast to watch this historic mission launch off this planet.

We’ll hear from some of those people that came out to cheer Inspriation4 on and ask them what made them turn to the sky and watch these four launch into space.

Then, is the crew astronauts? It’s a complex question. We’ll chat with a spaceflight historian Amy Foster and retired NASA astronaut Garrett Reisman about what it takes to be called an astronaut and if this crew meets the definition.

Looking back at Inspiration 4’s launch, and the future of commercial astronauts — that’s ahead on Are We There Yet, here on WMFE — America’s Space Station.

Similar to Are We There Yet?

6d ago6d ago
Subscribe
Unsubscribe
Weekly
The Science Show gives Australians unique insights into the latest scientific research and debate, from the physics of cricket to prime ministerial biorhythms.
A
Astronomy Cast

9d ago1w ago
Subscribe
Unsubscribe
Monthly+
Take a fact-based journey through the cosmos. Tune in to hear weekly discussions on astronomical topics ranging from planets to cosmology. Hosted by Fraser Cain (Universe Today) and Dr. Pamela L. Gay (Planetary Science Institute), this show brings the questions of an avid astronomy lover direct to an astronomer. Together Fraser and Pamela explore what is known and being discovered about the universe around us. Astronomy Cast is supported thru patreon.com/AstronomyCast.
D
Daniel and Jorge Explain the Universe

2d ago2d ago
Subscribe
Unsubscribe
Weekly+
A fun-filled discussion of the big, mind-blowing, unanswered questions about the Universe. In each episode, Daniel Whiteson (a Physicist who works at CERN) and Jorge Cham (a popular online cartoonist) discuss some of the simple but profound questions that people have been wondering about for thousands of years, explaining the science in a fun, shorts-wearing and jargon-free way.
G
Great Moments In Science

2d ago2d ago
Subscribe
Unsubscribe
Weekly
From the ground breaking and life saving to the wacky and implausible, Dr Karl Kruszelnicki reveals some of the best moments in science.
T
The Science of Everything Podcast

11d ago1w ago
Subscribe
Unsubscribe
Monthly
Here I discuss a variety of topics in both the natural and social sciences, exploring the many fascinating insights that the scientific method yields about the world around us.
B
BrainStuff

18d ago2w ago
Subscribe
Unsubscribe
Daily
Whether the topic is popcorn or particle physics, you can count on BrainStuff to explore -- and explain -- the everyday science in the world around us.
S
StarTalk Radio

12h ago12h ago
Subscribe
Unsubscribe
Weekly
Planetary Radio brings you the human adventure across our solar system and beyond. We visit each week with the scientists, engineers, leaders, advocates and astronauts who are taking us across the final frontier. Regular features raise your space IQ while they put a smile on your face. Join host Mat Kaplan and Planetary Society colleagues including Bill Nye the Science Guy, Bruce Betts, and Emily Lakdawalla as they dive deep into the latest space news. The monthly Space Policy Edition takes ...
E
Embedded

6d ago6d ago
Subscribe
Unsubscribe
Weekly
Embedded is the show for people who love gadgets. Making them, breaking them, and everything in between. Weekly interviews with engineers, educators, and enthusiasts. Find the show, blog, and more at embedded.fm.
T
This Week in Science – The Kickass Science Podcast